The message that greeted Mary & Joseph in Bethlehem is one that has greeted many in 2015!  While the economy continued to search for balance, many people and families found themselves having to find stability amidst circumstances that were unstable.  They, despite being chosen by God, endured traveling miles while pregnant to a distant place to account in the census ordered by Ceasar Augustus.

Which brings us to our first revelation; God is always fulfilling His Word.  Though Joseph and Mary were being obedient to the order by Ceasar, the order of Ceasar was aiding God in fulfilling His Word as to the birthplace of the Messiah.  Yes, all things work!  God allowed Ceasar to make the decree in order to fulfill the scripture.  He honored His Word, aligning with His promise, to ensure there would be no questions as to who Jesus was. 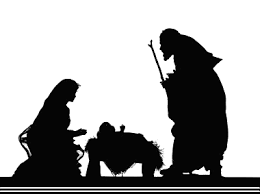 Because of this, we can survive the changing winds and the punches produced by life, knowing that each challenge and circumstance we face are under God’s supervision.  He is working things out for our good!   Thus, being chosen people, we just need to keep leaning on His Word which not only never returns void, but is true and in the process of being fulfilled in our lives.  God’s Word is true, proven over and over not to be a lie from those who have walked the path and dared to trust Him at His Word!

While in Unstable circumstances, we can find ourselves questioning the Word that has come to us.  Mary & Joseph had the words of the Angels to lead them and comfort them, and we are privileged to have the word of our Shephards.    This Word comes from the Lord, and is often received by the heart, but is later challenged by circumstances.  Our life situations cause us to have doubts about the Word God has given to us, and often attacks early before the seed can take root.  God sent the Shepherds first and the Magi second to confirm the Word that He sent to Mary and Joseph. I praise God for a confirming Word.  When we get to moments of doubt, God will send a word to us that will give us the confidence to continue walking forward towards our destiny.

Not only does God send a Word to confirm with us, God uses our circumstances to speak to others.  God placed them in the stable so that they could be identified by others to find the Messiah.   They watched as people traveled from near and far to both Worship and the Sacrifice.  The stable allowed them to follow the star, which sat watch over him as the gave praise, adoration and tribute to the true and living God.  While we are going through, we must be aware that God is not only preparing us, but He is using use as examples to others to display His love and His character.

One of the challenges we face is the desire to be in the “Inn Crowd.”   The “inn crowd” are those that have been included.  As Mary & Joseph made their bed in the stable, they laid in view of the inn that had all the comforts and conveniences that they desired and were accustomed too.  Though they were excluded from the inn, God had made provision in the stable, and had placed them in the place where He desired for them to be.  Though our hearts may be set on the inn, the place for us might be the stable.  For in the stable, God is able to teach us, cover us and expose us to what we need to carry out the mission He has for us.

Though true, many of us focus to intensely on the inn that we loose focus of what is in the manger!  Worse, some of us would trade the manger for the inn.  While going through, we must place our focus and hope on that which God has provided for us.  In the stable lay the avenue to obtain not just what was on earth, but what was in heaven.  In the stable, lay to key no to the inn, but to heaven!  We grow so concerned with earthly, the things of the spirit often take a back seat.  Mary and Joseph looked at their surroundings and made it home; for now.  We have the power to declare stable.  We must open our mouths and speak forth God’s will and live God’s way, knowing that He is at work!  Stable is the place where God directs us, and the place where He prepares for us!

Stable is where God is in the midst!  Mary & Joseph lived out the scripture “where two or three are gathered”.  They came together in agreement, and declared this to be the place where God had led them too.  I am so glad that Mary & Joseph stayed focused on the manger.  They headed the words of the Shephard and Magi, which reminded them of their task and not to focus on their circumstances.  Not only did they move on from the stable, but were in a house by the time the magi arrived, and were able to receive gifts from them  when they came.  Only God can do this!  Truly He has a cattle on a thousand hills, and the earth is truly the Lords and the fullness there off.  He can instruct a blessing, perform a miracle, deliver us, elevate us, exalt us whenever He chooses too!

When times get rough, we must keep our focus on the manger.  While surviving in a stable environment, we must have confidence in our salvation, protect the promise, and nurture ourselves with the Word.  Many nights, the two things they had to hold on too were Jesus and one another.  We too must reach out to each other in the midst of our struggles, supporting each other and encouraging each other until life changes.  We also must hold on to “God’s unchanging hand” as our forefathers would say.  These are the things that make stable liveable!  We can exist!  We can survive in the stable!

“Like newborn babies, crave pure spiritual milk, so that by it you may grow up in your salvation,” 1 Peter 2:2

This passage, familiar to the believer, has been the source of many sermons. In it, we find Peter writing to other leaders who have experienced the unspoken or un-highlighted side notes of ministry.

We find in Chapter 1, Peter addressing the group, noting that they are chosen and favored even in a states of exile. They have accepted their call to preach and teach, and by default have accepted the company growth plan which includes some hardship. He writes in verse 6, “In all this you greatly rejoice, though now for a little while you may have had to suffer grief in all kinds of trials.” Peter writes in verse 7, “These have come so that the proven genuineness of your faith…may result in praise, glory and honor when Jesus Christ is revealed.”

With 2015 nearing the rear view, we move forward to 2016 with hope; believing that the sufferings of yesterday are gone and that peace in our purpose will be found ahead. Peter’s words aide us in dealing with our past and facing our future! The happenings of 2015 and prior were things allowed to prove the “genuineness of your faith”; but to who? Surely not to God. For God knows the heart; thus we deduce that the focal point is man. It is imperative that those watching and following see our faith active through each point, knowing that we like many sports fans are not “fair-weather”.

Our faith has been watered down by those who have praise on their lips when times are prosperous, and are silent during hardship. Peter encourages his fellow leaders by informing them that their time and hardship came to season them and to serve as a testimony to others not just to the Goodness and power of the Lord, but the resilience of His servants and the commitment to their faith!

Peter leads into our focal verse saying “Therefore, rid yourselves of all malice and all deceit, hypocrisy, envy, and slander of every kind.” Subdue your flesh, and rid yourself of all distractions and detractions. Shun and walk away from those things that poison your soul and serve as repellant to those seeking the truth. Fight against the enemies fruit, but building up your faith and your discipline displaying the fruits of the Spirit. Don’t allow the enemy to pull you into his games of the flesh; causing your personal witness to be tainted!

Peter advises them to “grow up!” While we often look at moving from milk to meat, Peter is directing the readers, who are leaders, to lean upon “milk”. But this is not just any old milk. By his words, one can see that the perverting of the Gospel had began to affect the pulpit and leadership.

He described the milk as “pure” and “spiritual”. “Pure” is a call to us all to stay true to the basic doctrines of our faith! We must insure, especially today as our world is inundated with “advancements” and interpretations, that we are not drawn away from the pure truth of the Word which is our foundation.

I also love that He uses the word “Spiritual”, for there are some truths that have been delivered through those vessels whom God has chosen to speak through which coincide with the tenants of His Word. Even still, we are charged to try the Spirit by the Spirit (1 John 4:1), ensuring that every professed Prophet is a Prophet and not speaking for Profit.

We must know God’s Word for ourselves, and be lead by His Spirit. Not just hearers, but doers of His Word. We must press towards the mark set for us, and be cognoscente that God has assigned others to follow us as we follow Christ. Our commitment to learning and living out His truth has eternal ramifications for others, thus in 2016, our Theme will be “Let’s Grow Together!”
Growing together places a firm focus on Discipleship. Yes, we believe that Membership is Discipleship! We are not encouraging each member to join a group, but requiring each member to be a part of a group. We are not just requiring each member to be a part of a group, but to participate actively in the group they have been assigned to. Each member will become a stronger disciple by spending time in God’s Word and with God’s children.
#PastorJDO3
Johnny Ogletree, III
The Body Church of Texas
thebodytx.org