13 Instead, the men did their best to row back
to land.  But they could not, for the sea
grew even wilder than before. 14 Then they
cried to the Lord, ‘O Lord, please do not let
us die for taking this man’s life.  Do not hold
us accountable for killing an innocent man,
for you, O Lord have you done as you pleased.’
Jonah 1:13-15

Jonah has taken responsibility for his actions.  He spoke up, and the Captain and Crew now know what they need to do.  Though instructed by Jonah what should be done, they consider his instructions, and despite him being inconsiderate of them, they are considerate of him.

The word says, “Instead, the men did their best to row back to land.” 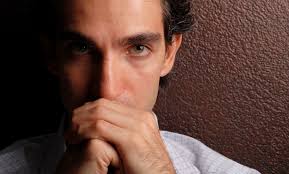 The men have been made aware that the way to calm the sea, save the ship, save the cargo, and possibly their own lives.  They consider this option, and determine that they would rather row against a wind sent by God, as opposed to the potential sacrifice of life of a fellow human being.

How many of our lives can be depicted like this?
Rowing back to Shore during a Violent Storm!

How many of us have wasted energy fighting God’s will?  God made a path for you, but your own desires made you take the long way around to the place God directed in the first place.

For the record, they are not trying to because there was the absence of the wind, but they were rowing during a storm that was increasing and had already started to damage their ship.   Rather than sacrifice a man that had done no harm to them, other than to place them in harms way, they took a risk and attempted to take the boat back to the shore. 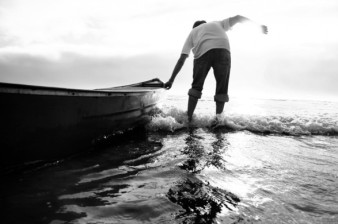 Shamefully, the men that are looking to save the life of Jonah are considered unrighteous.  They were unrighteous because they knew not the living God, but they acted as righteous, caring for their fellow neighbor.  Shamefully, I found myself in this situation in college.  Here I was, “righteous” but was living “as one that was unrighteous”, and a close friend was “unrighteous” and living as one that was “righteous”.  What a shamed it is to have those who don’t know God behaving with stronger morals and guided by stronger ethics than those who should know better.  Sadly, this is a story I am sure many have lived, and one that has causes the Kingdom to grow slowly and sometimes deteriorated.

Though he had wronged God (with his disobedience),  he had done nothing to the Captain and the Crew, and thus they did not want to sacrifice the life of an innocent man.  Furthermore, they were keenly aware that Jonah was no ordinary man.  They understood that he was the man of God.  Though they did not fear Jonah, they did fear the Lord.  After all, they were in the midst of a storm that they knew God Himself had caused.

Though they didn’t know God, they were experiencing His power through God’s response to Jonah, so they begged God not to punish them for carrying out what they concluded to be the will of God.  They saw God’s wrath for disobedience and had sense enough to consider God’s response to the murder of an innocent man.

They began doing what Jonah should have be doing.  They cried out to Jonah’s God about their circumstances like He was their God.  They didn’t want to do what they were being instructed to do, but unlike Jonah the petition the Lord, and then were obedient to His will.

I wonder how many of us are like the Captain and Crew.  Are we committed to God such that we would trade our will for His will?  Are we wiling to find agreement with difficult choices?   Are we willing to make the sacrifice necessary to save our life and the lives of our families?  Being obedient can be difficult.  Being obedient can cause you to agree with a reality/truth that we don’t understand or have yet to come into focus.  But, they decide trust God and do what is difficult, as opposed to being disobedient and facing His wrath. 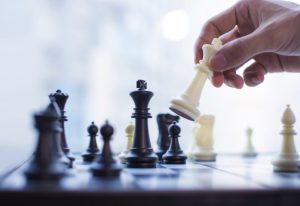 Maybe they learned from Jonah’s mistake?  For obedience is truly better than sacrifice.  The sacrifice that we must all carry out daily is our will.  Our will, we find, often is not aligned with God.  It is our selfishness that makes us rebel against God, and have thoughts that are not righteous in nature.  Jonah’s dislike for a people group put his life on the line and placed the life of those around him in danger.  Many of us have committed the same offense.  What is your Nineveh?